Our goal at the School of Pharmacy is to train highly skilled and knowledgeable pharmacists who will provide the highest quality pharmaceutical care to patients and act as a repository of pharmaceutical information to healthcare professionals within Antigua & Barbuda and the region.

It is a legal requirement for all Pharmacy students to be registered with the Antigua and Barbuda Pharmacy Council.

Applicants must have a minimum of five (5) passes at CSEC General Proficiency Level with Grade 1, 2 or 3 (after June 1998 ) or five (5) passes at GCE Ordinary Level with Grades A, B orC including English A, Mathematics, Chemistry , Biology or Human & Social Biology or any qualification considered by the College to be equivalent to the aforementioned; however, students can apply in advance of receiving CXC results utilizing your school transcript. The minimum age of an applicant should be 17 years old. Additionally, as part of the admission requirements applicants must present a police record and will be required to do an interview.

At present classes are mainly held in the afternoons from Mondays to Fridays at the ASC Golden Grove campus. However, for specific courses such as:

Clinical Rotation, and Dispensing III & IV, classes will be held at MSJMC during the day once per week in the third trimester of the second year and the first, second and third trimester in the third year.
There will be a few Immunology and Pathology labs that will be done during the day in the second year at a site approved by ASC.
Notwithstanding, there may be other instances where classes will be held during the day and/or on weekends, in such instances lecturer will give at least a week’s notice.

Graduates of the programme are required to undertake a six-month period of internship administered by the Antigua & Barbuda Pharmacy Council. This is necessary to obtain registration and licensure for practice within the state of Antigua & Barbuda.

The level of practical applications aptly prepares graduates for the world of work. 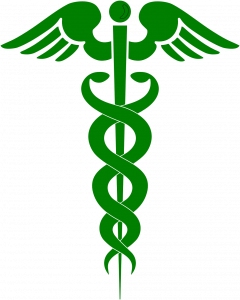